2015/08/23 - It was the 3rd time that Dirk Denzer had been commissioned to present and stage an event for BayWa Technik Spartenregion Franken. 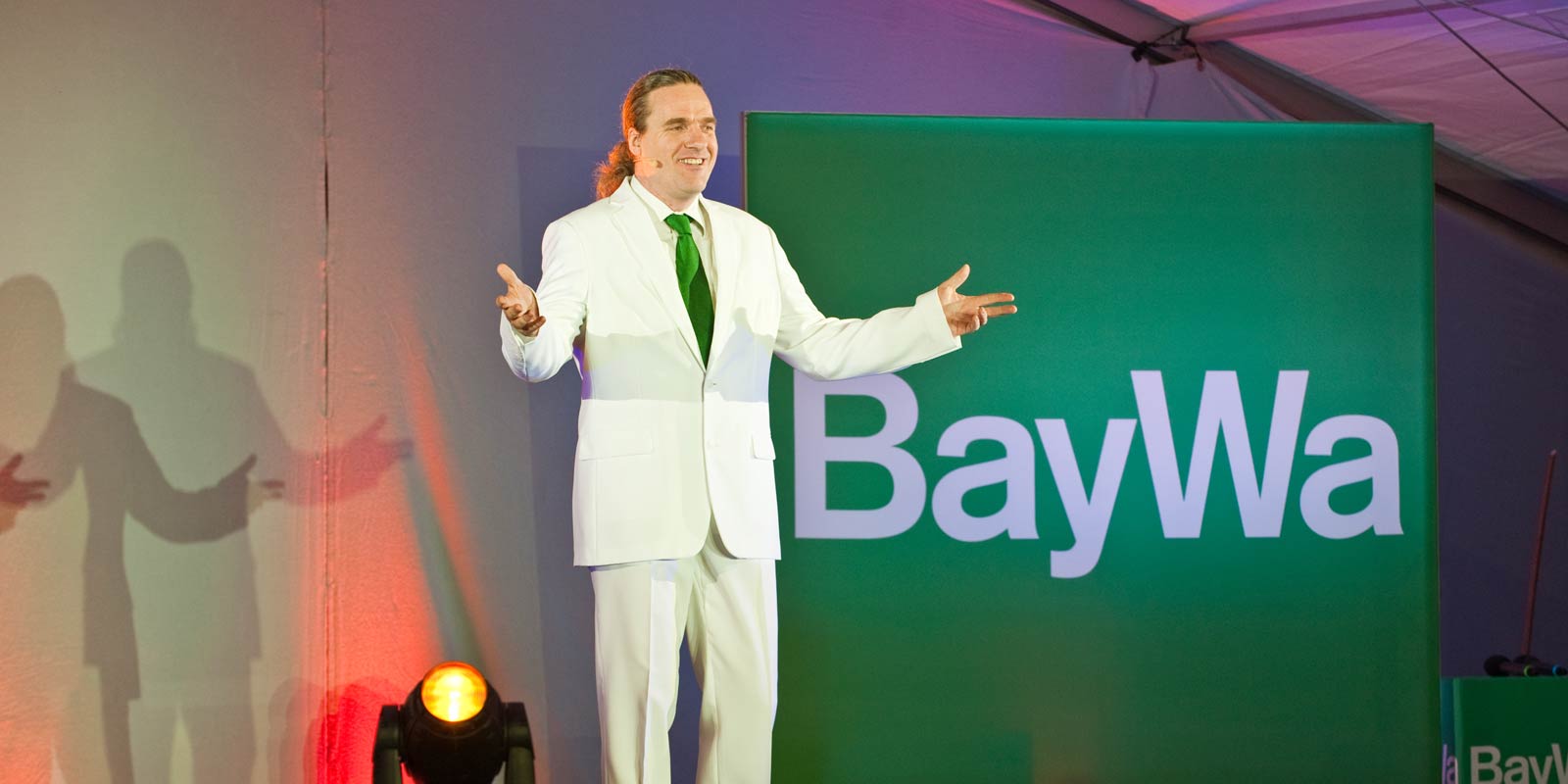 A one-of-a-kind opening event was put together in collaboration with Sparte Agrar. Dirk Denzer’s vaudeville talk concept brought the house down once more. The customer’s idea of introducing the new company with a drone flyover was particularly novel. During its flight, the drone also delivered the key, which meant that the handover of keys became an innovative highlight during the already diverse panel discussions. Another highlight was the extremely funny performance of the Alpensperrmüll duo.