2015/08/26 - It was over 37°C in the shade and Dirk Denzer presented and entertained on the occasion of the 50th anniversary of the municipality in Emsland. 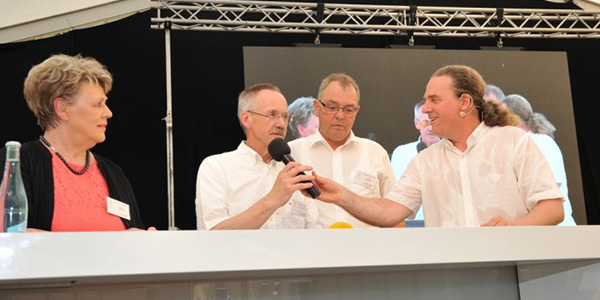 Despite its proximity to the North Sea, this was one of the most strenuous events in Dirk Denzer’s career. He stepped into the role as a humorous reception clerk and entertained the audience from the onset, thus laying the foundations for an easygoing 2-hour anniversary talk show. Political guests of honor such as the President of the Landtag in Lower Saxony, members of the European Parliament and high-ranking local politicians greatly enjoyed Dirk Denzer’s easygoing, entertaining talk show.