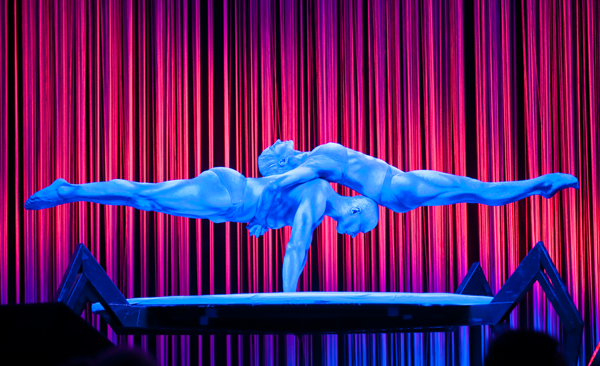 The 1st Royal Vaudeville Festival is a thrilling synthesis of the arts made up of live music, artistry, performance art, comedy and magic. A varied kaleidoscope of acts from the vaudeville genre evolves as a result and captivates the guests over the entire 6-day program.

In the two motto shows “Ludwig’s Dream World” (July 14th - 16th, 2017) and “Vaudeville Alpes Fun” (July 21st - 23rd, 2017) fantastic vaudeville acts and performance artists unite to put on thrilling performances.
The motto shows will be staged by the vaudeville and staging artist Dirk Denzer. We have the honor of staging this wonderful vaudeville festival in 2017 as well, and at a venue unlike any other of its kind in the world. And so the "1st Royal Vaudeville Festival" will be presented in the fantastic backdrop of the festival hall of Füssen in Allgäu in May. This theater is beautifully located on the shores of Forggensee, directly opposite and within sight of Neuschwanstein Castle.  The impressive building was opened with the premiere of the world-renowned musical "Ludwig II" in April 2000.

You can look forward to exhilarating vaudeville performances on the following days: